Understanding Children on the Spectrum

Understanding Children on the Spectrum 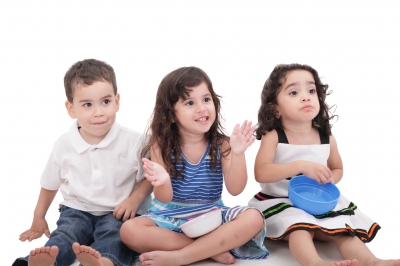 Autism is the fastest growing developmental disability. According to the Centers for Disease and Prevention, autism affects 1 in 68 children. It is a lifelong disability and although it has no known cure, there are plenty of treatments that help reduce symptoms, such as auditory training, discrete trial training, vitamin therapy, anti-yeast therapy, facilitated communication, music therapy, occupational therapy, physical therapy, and sensory integration.

Symptoms usually start revealing themselves around age three. Scientists believe children are either born with autism spectrum disorder (ASD) or with the potential to develop the disorder. Understanding children on the spectrum can be difficult when you don’t understand what is going on, but this article should help you gain a better understanding so that you can act accordingly.

One common misconception about autism comes from only looking at the most severe type of autism, and the assumption that autism is a mental illness. In reality, autism is not a mental illness and it is not just one disorder. It is a neurological disorder that makes up a spectrum of disorders that share a core set of symptoms associated with social skills, communication and behavior. While each child tends to suffer from those issues, the level severity, impact, the combination of symptoms, and the behaviors and abilities of each child on the spectrum can be vastly different. Plus, people with ASD can range from gifted to severely challenged, making the way they learn, think and problem-solve very different.

There are many adults and children walking around that are high-functioning autistic, yet you would never know it, and it is likely that they don’t even know it. These people are highly intelligent individuals who often have difficulties in social settings and feel different than others. They are complex individuals who may experience components of obsessive compulsive disorder, anxiety, social anxiety or depression. Often these people can come off as rude or disrespectful, but underneath they are really just having difficulties interacting socially.

When people refer to autism, they aren’t always referring to classic autism, but might instead be referring to any degree of the autism spectrum disorder. This umbrella of disorders includes pervasive developmental disorders (PDD), which includes autism, Asperger’s syndrome and pervasive developmental disorder – not otherwise specified (PDD-NOS). While categorizing is not going to help you with understanding children on the spectrum, we have included a brief description of each below:

Classic Autism – Otherwise known as autism disorder, classic autism is at the most severe level on the spectrum. According to the Autism Spectrum Resource Center, about 20% of those who are on the autism spectrum have classic autism.

PDD-NOS – Otherwise referred to as atypical autism, PDD-NOS is also milder in severity.

The signs of ASD are mostly related to the following areas:

Having these symptoms does not mean your child has an autism spectrum disorder. Instead, these disorders are diagnosed based upon the severity, combination and patterns of these behaviors. Multiple symptoms must be present, inhibiting your child’s ability to communicate, interact, have relationships, learn and play.

Social Skills Symptoms to Look For:

Here are some social issues to look for that are often prevalent in children who are on the spectrum:

Speech and Language Symptoms to Look For:

Difficulty with speech and/or language comprehension can be a sign of an autism spectrum disorder. Here are some examples of speech and language symptoms:

Restricted Behavior and Play Symptoms to Look For:

Children who exhibit symptoms of restricted behavior and play may have an autism spectrum disorder. Here are some symptoms to look for:

Additional Signs and Symptoms of Children on the Spectrum:

The following symptoms are not used as part of an official diagnosis of autism spectrum disorder, however they can be signs to look for and can help with understanding children on the spectrum:

Understanding children on the spectrum isn’t something that is going to happen overnight, but hopefully this article has shed some light on the subject.